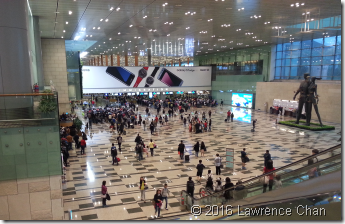 After talking to many people in Singapore from all walks of life, my impression is that it is no longer the uplifted, high energy place it once was. In fact, many factors that are contributing to its long term well being are no longer there. Similar to Hong Kong, Singapore can no longer depend on what it built in the past to thrive in the coming decade.

The decline in Singapore’s real estate market has been on-going since 2014. Many analysts in Singapore think that the bottom is near. Well, I am not that optimistic. From my conversations with many people who work in the financial industry there in Singapore, many firms are ending their contracts with local staff and sending their own people back to their home countries. That means one segment of high income earners in Singapore is disappearing which is the real reason why Singapore’s real estate markets are under pressure.

In other words, Singapore is facing its biggest challenge ever as its role being an important financial centre in Asia is now at risk. We cannot tell if these major financial institutions will expand their businesses there in Singapore in the near future, but usually this type of business planning is at least 5 years or longer. Hence it is reasonable to say that if, ever, these firms will be thinking of growing their businesses in Singapore, it will be at least 2 years from now. The 2 years estimate is based on the fact that these firms moved out since 2014.

As a tourist destination, Singapore is usually a one to two day tour city because of the overall size of the place. Majority of tourists who visited Singapore for leisure purpose would revisit the place for just once or twice more, unlike resort destinations where various resorts each offering a different experience where the visitors can enjoy their stay for longer time to rest and relax.

For seasoned business travellers, they have already enjoyed touring the city in the past hence they are no longer big spenders when they stay in the city. And the trend of rising prices at restaurants and shops targeting tourists and foreign business people is also a big turn off for the visitors as there are many alternative locations in Asia where they can better spend their money.

So I think it is reasonable to say that it can be difficult for Singapore to grow its tourist industry into something more significant for its economy.

For many years, Singapore has been very focus in ensuing their citizens being better educated to deal with the industrial world back in the last century. However, since the beginning of this century, the internet has completely upset the balance of the world economy. This wave of technology shock has affected economy worldwide. One thing that really messed up the world is that the education of people around the world were all pointing to the wrong direction since the internet revolution has started. Nothing in the education of young people are preparing them for the new economy.

This problem affects Singapore much more than the other countries in Asia. Even though in college level education, younger generations can be trained with more computer knowledge, but that implies that at least 2 generations of young workers in Singapore need training before they can be redirected into the knowledge based economy or Singapore will lose all the advantage they used to have against the rest of the countries in Asia.

More importantly, the education up to high school level has to put a lot more emphasis on computer skills which was never the focus. Without reform, the education system will continue to produce workers without the skill sets necessary to thrive in the new economy era. This is no difference from other high tech places like Hong Kong, Korea or Japan. Just that Singapore economy has always been driven by one or two main industries while other Asian countries have better diversifications. Thus, being able to stay at the forefront of knowledge based economy is more important for Singapore than other places.

In this modern time, as people demand more and more from their government while in reality the government is really nothing more than a construct to manage a place, Singapore is really dealing with a serious identity crisis at this point. Singapore, being a special sovereign entity situated at the centre of South East Asia, has enjoyed great economic growth and endured tough times while bouncing back gracefully every time.

Yet, as the world is entering this crossroad all together this time around, Singapore is facing a very tough time ahead as its government leading approach to its society and economy is facing its biggest challenge ever. To thrive into the future, Singapore has to figure out not only what lies ahead but also resolutions that has to be put in place as soon as possible before the tides turning. 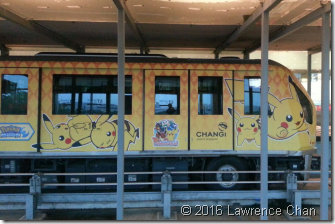 After a hectic week of visiting a number of countries in South East Asia, I am now getting ready to leave Singapore for Hong Kong tonight. I have spent time with bankers and traders who I know for more than a decade. I also got the chance to meet new friends and potential clients introduced to me by my friends. It is nice to see the familiar faces while enjoying the company of my new acquaintances.

First thing I noticed is that many of my friends are now bald and some are very out of shape. Some already passed away due to sickness. It is evidence that we are getting old. Time does not care who we are indeed. The experience is giving me stronger determination than ever to keep myself healthy. The choice is there for everyone, but we must consciously make the hard choices first in order to get the long term benefit.

The retail trading scene in Singapore and other South Asia countries have not changed much. The rules and regulations in many of these countries are still too lax and unenforceable. This give rise to unethical practices by many brokerages to lure naive people into speculations on high risk financial markets without realizing that they are engaging in such activities.

Worst yet, some of these operations are just outright scams taking money from people and then disappear overnight.

I am not sure how long will it take for these countries to mature to the point for which average investors are sophisticated enough not to fall for these scams and illegal activities. It will be a long road and it takes a lot of political willpower to make the necessary changes happen.

I have more to write about my trip to these countries but I have to do that another time. I have to pack up and head to the airport soon.

p.s. feature pic is the airport train for connecting the terminals of the Singapore Changi Airport 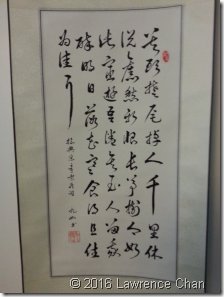 I am heading towards other Asian countries tomorrow. My schedule is jam packed and some of the countries I am going to do not provide reasonable internet access. I am not sure if I can even check email in some cases. It will be a nice break from the Net though. Like many people suggested, maybe it is a good thing to unplug from the Net once in a while.

I have notes written down on quite a number of topics that I like to write about. When I get the chance to sit down quietly on my own, I will be able to organize my thoughts and have some interesting observations to share. It looks like my decision to spilt the blog from daytradingbias.com is a very good call. It is quite unprofessional to talk trash in a site that offers professional services to traders, isn’t it?

I am hoping that I can wrap up this round within a week. After all, it is very tiring to talk like 8 to 10 hours almost everyday. I definitely need a break and what is better than spending the Christmas week with friends and family to enjoy the holidays?

The feature image is my father’s Chinese calligraphy.

Have a nice weekend everyone!