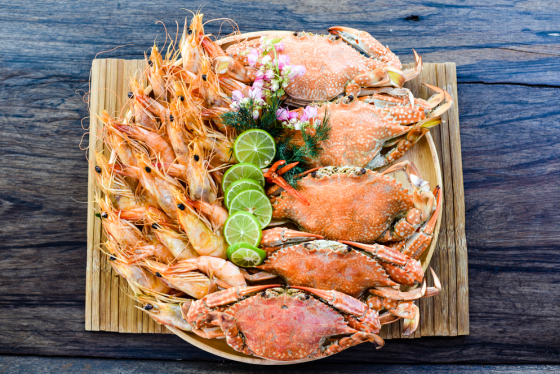 I was allergic to certain kinds of seafood. Just some of them like lobsters and shrimps, not all of them. It has been a lifelong issue since I was a baby. Interestingly, I suppose it is now cured. It is a fascinating story to share.

Being allergic to food is not a minor issue. Many people who do not have such problem have all sorts of wrong ideas about it, making the life of those who have it suffer badly. Unluckily, both of my parents are not allergic to food. Just imagine what traditional parents, both Western and Eastern worlds, do when they think that you are just picky with your food but in fact just one bite would send you to hell.

The story of how bad my allergic reactions were can go on and on for many pages which I am going to skip them all for now. The main point is that my allergy is at the serious level for which rashes would flare up almost instantaneously and other symptoms like fever would follow as well. It used to take weeks of heavy dose of anti-allergy drug to suppress the symptoms until they go away.

The turning point is what I like to focus on here.

My friend found a doctor who cured his son’s allergy. And I saw it with my own eyes that indeed his seafood allergy is gone because he was enjoying a feast of seafood with no problem at all. So I determined to get an appointment to meet with this doctor to see if I can fix my allergic issue for good.

I eventually met with this doctor and went through the examination process. He prescribed a set of supplements for me to take over a month period. I faithfully followed the prescription for the month with a few days for which I could not do so when there was schedule issues.

That was more than a month ago.

Yet, I did not have the courage to try some seafood to see if the allergy is gone. It is not that I am afraid of the reactions themselves. What I worried about is that it would keep me in bed for days which would delay the progress of my projects.

Last week, when several projects were finally completely. I have decided to finally take the ultimate test of my treatment. I ate shrimp. There was no rashes, no itchiness and no other issues whatsoever. Since then on other occasions I tried to eat other types of seafood with no ill effects at all.

I am cured. A lifelong medical condition that is supposedly not treatable is now gone for good. Amazing!

7 Replies to “How My Lifelong Seafood Allergy Was Cured”