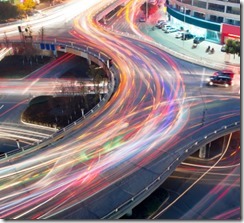 Second week into my busy schedule meeting people here in Hong Kong, one thing that I have to deal with consistently is the time spent in between. Due to the packed environment and crazy traffic condition in Hong Kong, traffic jam is the norm. Hence much time is wasted on travel. In fact, I think I spend more time traveling in Hong Kong than in many other major cities I have been to. Killing time in leisure seems like a luxury in Hong Kong when you see all these people walking in very fast pace with serious look in many of them.

Many Hong Kong people are very proud of their past accomplishments. As the richest city for Chinese people back in 1970s to 1990s, it is approximated that Hong Kong’s GDP was as much as one third of the whole China back then. It was really amazing how such a tiny city, due to historical reasons, being placed into the global trade route, could shine so bright. But this is exactly the problem with the people in Hong Kong – many of them do not realize the special conditions allowing the city to grow so much has been chipped away over time.

As of year 2015, Hong Kong’s GDP is less than 3% of China’s GDP. Its relative importance to the growth of China and its future is long gone. Within a decade or two, as China continue its push to modernize the rest of its coastal cities, Hong Kong will likely be less than 1% of China’s GDP. In other words, Hong Kong is going through what many Western countries were going through over the past 20 years – normalization of its economy, living standard and social structure while the developing countries like China were playing catch up.

One thing that stands out in Hong Kong is that majority of the workforce are being rushed to get things done. Everything are being pushed for completion as quickly as possible. By results, however, they are just making more mistakes and time wasted on these mistakes. At the end of the day, nothing is really accomplished efficiently this way.

Another clear problem with the city is the less than desirable education cost which reduces the competitiveness of the city over the years. Education cost is so high that starting from very young age, parents are forced to pay so much of their income just to get inferior education for their children. The high stress environment is also making the younger generation less capable to think creatively or critically. Highest priority in life for the young adults is how to get by with a better paid job.

Hong Kong can keep on fighting the trend of being normalized into just another major city of China but it is not likely to succeed. Hong Kong got its chance and became a very important city of the world. It has a good run just like other famous cities in the world. As the original conditions disappear, the inevitable cannot be avoided hence Hong Kong will never have the same level of importance for being the sole connection between China and the rest of the world.

For the people in Hong Kong, especially the younger generations, there are many great opportunities out there for them but they have to better equip themselves with more knowledge and analytical skills. The internet actually liberated all the knowledge human kind has accumulated so far. Unluckily, English has been a very weak spot in Hong Kong’s education system, making it very difficult for the young people there to learn from the net by themselves.